Almost every PC hardware companies are always trying to make their laptops and ultrabooks thinner and even smaller.
Ethernet ports are almost gone from laptops unless it’s a heavy gaming laptop. Thankfully this difficulty could be solved easily with a USB to Ethernet adapter.

So, here we are sharing a list of 10 various USB Ethernet adapter to give you an overview and insight. It will surely help pick the best product for your goal.
And that comes at a cost, cutting down all the legacy I/O ports and leaving users to deal with many adapters, docks, and dongles.

Things you should keep in mind

Port type: If there’s both USB type A and type C port on your device, then you should go with a type C adapter.

Maybe there’s a type C port on your phone so that you can use the adapter both on your laptop and smartphone. Another benefit is they’re reversible, hence more straightforward to connect.

Driver compatibility: It’s the first thing you should consider before buying. Most of the usb to ethernet cable listed below doesn’t need any kind of driver installation on Windows 8 or Windows 10. But Windows 7 may require standard driver installation, specially when not updated.

Speed: Also there’s no USB 3 port on your device, like a Raspberry Pi SBC, I’ll suggest a USB 3.0 to Gigabit adapter.

Also, there’s no funny price difference between a Gigabit and 100M adapter. 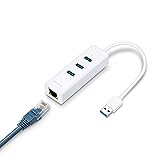 It’s a suitable USB ethernet adapter with three extra USB 3.0 ports, and honestly priced. The casing is entirely made of plastic, though it doesn’t feel cheap.

You many feel the glossy plastic body somewhat unexpected. It’s likely to scratches if rubbed against a hard surface. But I’ve to say the adapter performs reasonably well, both as an ethernet adaptor and USB hub.

If you’re thinking about connecting a wireless keyboard, Bluetooth adapter, or 2.4 GHz USB WiFi dongle, then it might frustrate you. The reason explained at the end. 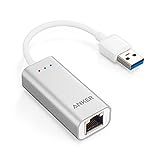 There’s three sign LED on the adapter to show various status like power and data transfer speed. However you may feel it irritating, specially when using in a darker environment. 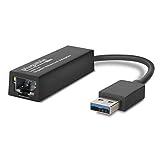 It’s one of few adapter which uses a converter chip from ASIX, and compatible with  Nintendo switch. Though the all plastic body is not that excellent.

This USB to Ethernet adapter works just accurate on Windows 10 and Linux, no driver installation is required at all. But the compatibility with Nintendo Switch makes it stand out of the crowd.

On linux 4.9 and above the cdc_ether driver can detect the device, but on older systems the ax88179_178a module is used instead. 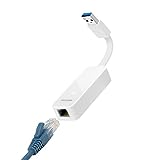 Another affordable yet quality usb to ethernet adapter from TP-Link. Build quality is fairly good, though it’s all plastic construction.

The most important feature of this adapter is the foldable adapter cable and compact size.
Just like any other RTL8153 based USB to LAN adapter, it works perfectly on Windows 8, Windows 10, almost every Linux distribution and Android 4.4 and newer versions.
There’s also no need of driver installation on Windows 10, just plug in and start using it.

it got the standard build quality, but the Amazon Basics adapter is with a AX88179 usb to etherent converter chip, like the Plugable USB3-E1000. 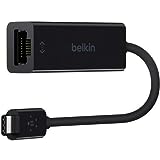 There’s few regional alternative of the same adapter, but they’re exactly same design from outside and inside.
Belkin is one of the trusted names when it’s about a networking devices. The build quality is quite good, encased in a shiny plastic body, with good quality cable and connector.

If there’s a Thunderbolt 2 port on your Mac, then it’s a good choice, the adapter is from Apple itself. Note that it won’t fit on a thunderbolt 3 port, they’re not pin compatible.

The adapter’s built quality is quite good, a white all plastic body, much like the above Belkin adapter.

Though it’s not a USB adapter, but it’s deserving including this one in this list. The main benefit of this adapter is there’s no driver installation is required at all.
According to reviews, it performs quite well, capable of data transferring at near 1000Mbps speed.

this is One of the most popular USB type C ethernet adapter, powder covered metal body with a reasonable price tag. It’s almost same as the Plugable USB type A adapter, mentioned before.

The ASIX AX88179 chip is well supported on macOS, however there’s few issue with faulty driver. You can download driver’s from here. On Windows 10 or Linux, there’s no driver related issue.

According to most user report, Gigabit level network transfer speed is easily achieveable with this adapter. Though the USB to Ethernet converter chip of is not reported yet by anyone, it works just fine on all updated Mac and Windows systems, chromebooks are also in the supported device list.

This adapter stands out with a sleek dark gray aluminium shell and braided wire, feels quite durable. There’s two LED on the RJ45 jack, showing connection and data transfer status.

Compatibility with many devices is one of it’s main highlights, like Macbooks, popular Android tablets and smartphones, and Chromebooks. So it should work with any macbook without any problem.

WiFi speed has been changed quite a lot, however it’s nowhere near a wired connection in real world. Ethernet is still the backbone of networking, either it’s over copper or fiber. 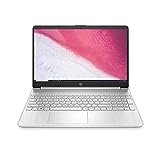 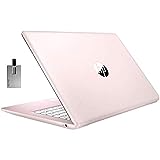 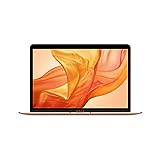